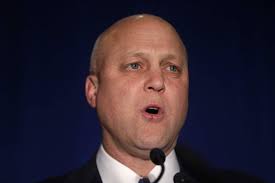 For those of you who have no mental capacity at all, New Orleans mayor mitchell landrieu is your man. He has visions of himself in the White House of this country. He will do anything for a vote, so dream up anything you can and he will perform that very deed for your vote. He is the leader of what my college Political Science professor often called a "Skillet head." I would refer to him as an "Onion Head," but Uncle Frank understood this idiot better than I do.
In a country where we are in serious economical trouble, you, my tax paying friends will be happy to know that mayor landrieu has spent 2.1 million dollars of your hard earned money to remove four statues of great Confederate leaders from his city. Does he care? If you think this mayor gives one little cent about anyone other than himself, you are the idiot he proves himself to be. Uncle Frank used to teach me in political science class that politicians like landrieu would slit their mother's throat for a vote. The shallow minded, that can't think for themselves will willingly vote for mayor landieu and he will become richer as they become poorer. How far would 2.1 million dollars go in education for the children of New Orleans? Hey, it doesn't matter because mayor landrieu will get more votes wasting the cities money on removing statues. As Uncle Frank would have said, "What an idiot or worse yet, what an idiot he makes the voters appear?"
Now we've come to Charlottesville, Virginia. I'm not a white supremacist, nor am I associated with any that I know of. I do understand that all people, regardless of their beliefs under the American constitution have a right to what they believe in. Not anymore obviously. I have spent the last hour reading reactions to what has occurred in Charlottesville, Virginia. Every comment basically states, it is perfectly fine in this country to protest as long as your protesting for the black race, the homosexuals, or the muslims. If you disagree with any of those three movements, you have no right to protest. What city in the United States doesn't have a street named after "Martin Luther King?" Now we understand that is fine, but we can't have one monument to Confederate heroes like Robert E. Lee or Stonewall Jackson. 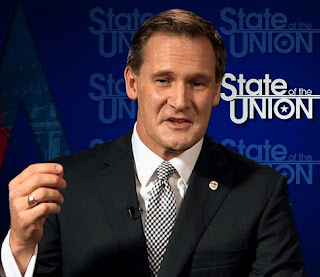 michael signer letting the world know what he's after

Now all this brings us to another "Lawyer" Mayor Michael Signer of Charlottesville, Virginia and another idiot the governor of Virginia Terry McAuliffe. Both men are stirring the pot over Confederate monuments for votes. Mayor Signer, who loves anybody that votes regardless of their beliefs has already began his war on Robert E. Lee. I can basically say, if any of my readers have studied anything about Robert E. Lee, you will know that Michael Signer doesn't even deserve being mentioned in the same sentence because Lee was a great leader and hero, while Signer is an "ass kissing" politician. He is also a coward. Like all politicians and lawyers, he doesn't have the guts to stand up for what he believes, but tells us what we need to hear to get the majority of the votes. He has had his fifteen minutes of fame.
Now, as I said earlier, we all have a right to protest, regardless of our beliefs in this country. At least, we used to have that right. Today, you must agree with the far left or you are labelled a racist, homophobe, anti-muslim, etc. Now, the Virginia governor Terry McAuliffe has sent a clear message to people in Charlottesville, Virginia. If you are a white supremacist, you need to go home, if you are pro-black, pro-homosexual, pro-muslim, we welcome you in Virginia in open arms. Does Governor McAuliffe truly believe this way? We can't possibly know, because he, like all lawyers will tell you anything you want to hear for his vote. Fortunately, some of us are intelligent enough to figure out for ourselves what the truth is. But, the people with an actual mind of their own are few and far between, thus we have idiots like Signer, McAuliffe, and Landrieu running our country. God help us, for we are too stupid to help ourselves. Welcome to 21st Century America. 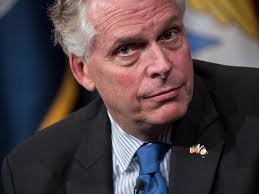