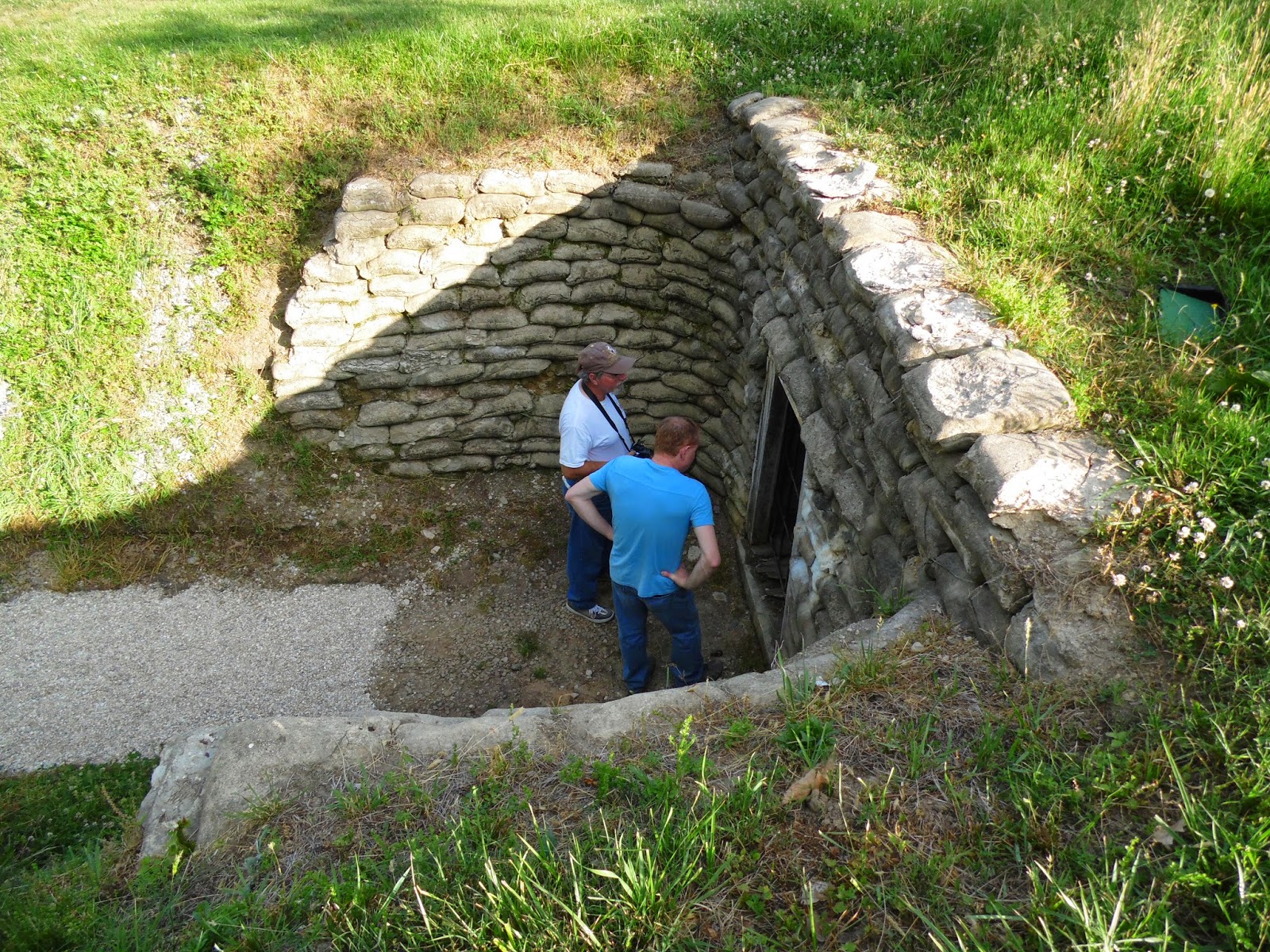 Jerry and myself inspecting the entrance to the Crater mine

Before I begin this blog, I would like to correct a mistake I made in the last one. I mentioned that Brigadier General Samuel Garland was buried in Hollywood Cemetery. In fact, we visited the grave of General Garland in Lynchburg as you will see in this part of the story. The general buried in Richmond is Brigadier General William Edwin Starke who was killed at Antietam two days after General Garland died.
We arrived in Petersburg with plenty of time to visit the national battlefield there. The place is neat and one of the few major battlegrounds that I had yet to visit. I have several books on the Battle of the Crater and had been looking forward to this trip for years. Confederate Brigadier General Edward Porter Alexander visited Elliott's Salient and reported to General Lee that he believed the Federal's were mining there to explode the position and break through Confederate lines. A visiting British engineer laughed at Alexander and informed him there had never been a mine dug that far in history and that it was impossible. Alexander informed the British guest that these were Pennsylvania miners and they could accomplish such a feat, and they did. 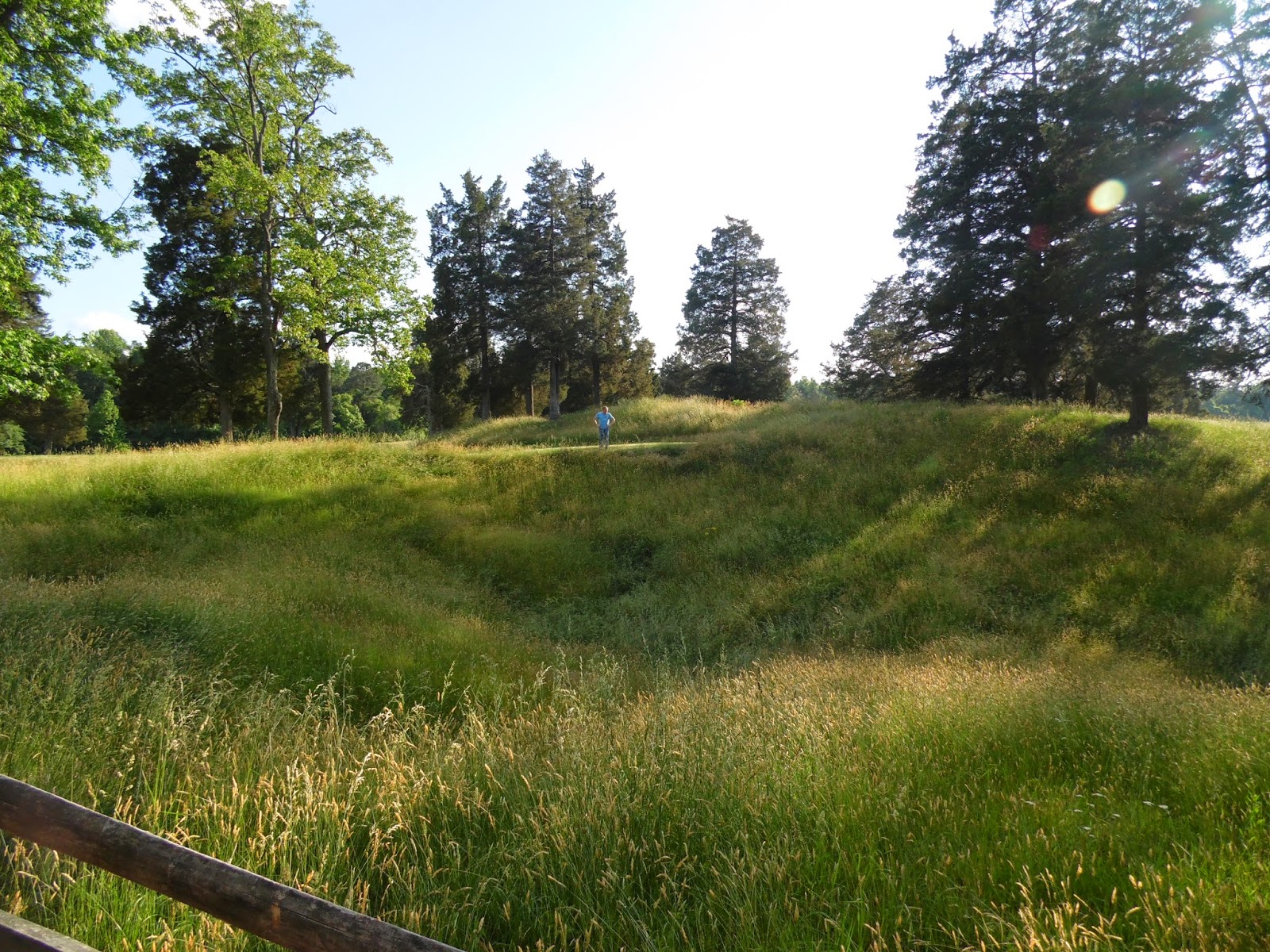 The Crater (for scale, that is me standing on the other side)

Colonel Pleasants, who engineered the mine requested 12,000 pounds of powder, but General Meade only allowed the use of 8,000 pounds. Out of just over 300 South Carolina troops stationed in the small fort, 278 were killed when the explosion occurred. The Federal's charged the crater, yet the walls were almost 30 feet high and there was nowhere to go. Confederate soldiers converged on the scene and gathered around the top of the crater. It was like shooting fish in a barrel. One Confederate referred to it as a turkey shoot. The Battle of the Crater was a giant failure. The only results were 3,798 Union casualties and 1,491 Confederate. On our trip, I wanted to go down into the mine, but after visiting Shy's Hill last summer and getting eaten alive by chiggers, I decided it just wasn't worth it. Maybe I'll go back some day in the winter.
We left the battlefield and visited Blandford Cemetery to get three more generals. One problem, we forgot about General Cullen Andrews Battle of Alabama. I'm ashamed to admit that today. How does one forget a general from his own home state. (It had been a long trip is my excuse and I'm sticking with it.) To be honest, upon arrival, I thought this is gonna be easy. Blandford is a small church built in 1735 and is very deceiving. It looks like an extremely small cemetery until you pass the church. You can look across the field for almost a mile and there seem to be thousands of graves. It appears to be three times bigger than Hollywood Cemetery in Richmond. I said, "We're gonna be here a while." 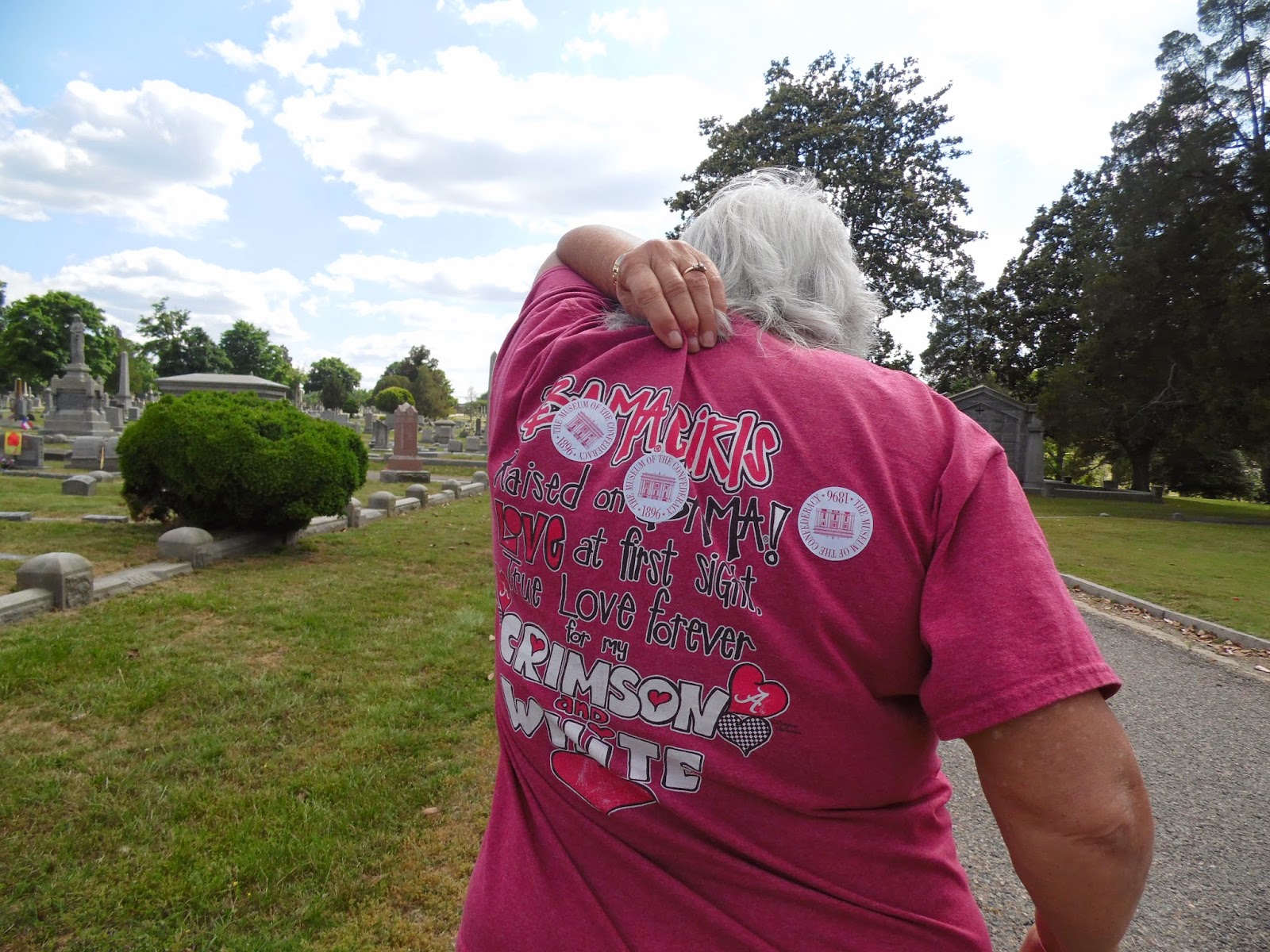 Mel in Blandford Cemetery with our Museum of the Confederacy stickers all over her back. It's a good thing she is a good sport.

Melanie quickly located Brigadier General David Addison Weisiger which made me feel much better. We then located the grave of Major General William Mahone, the hero of the Battle of the Crater. The Confederacy could have fallen much earlier had it not been for the quick work of Mahone and his division.
The next morning, we left Petersburg and headed toward Appomattox. We arrived and toured the new Museum of the Confederacy there and headed on over to Appomattox National Park. We got out of the car and started up the hill toward the courthouse. Melanie immediately passed us all. (According to her, she can only walk up hill if she walks at a very fast pace.) As she sped by me, Jerry said, "Look at that. Looks just like a Missouri saddle horse headed up the road."
"Shut up," Melanie replied, "you like to ride it."
It was the first time I saw Mel get the best of the Ole Man.
Appomattox is a very sad place. To think of what all those brave boys went through for four long weary years and then be forced to march in and surrender is tormenting to us Southerners. Poor Jerry got choked up at Appomattox thinking of what occurred there. Jerry and I normally cut up all the time and this was one of those times when neither of us found any humor in the moment. 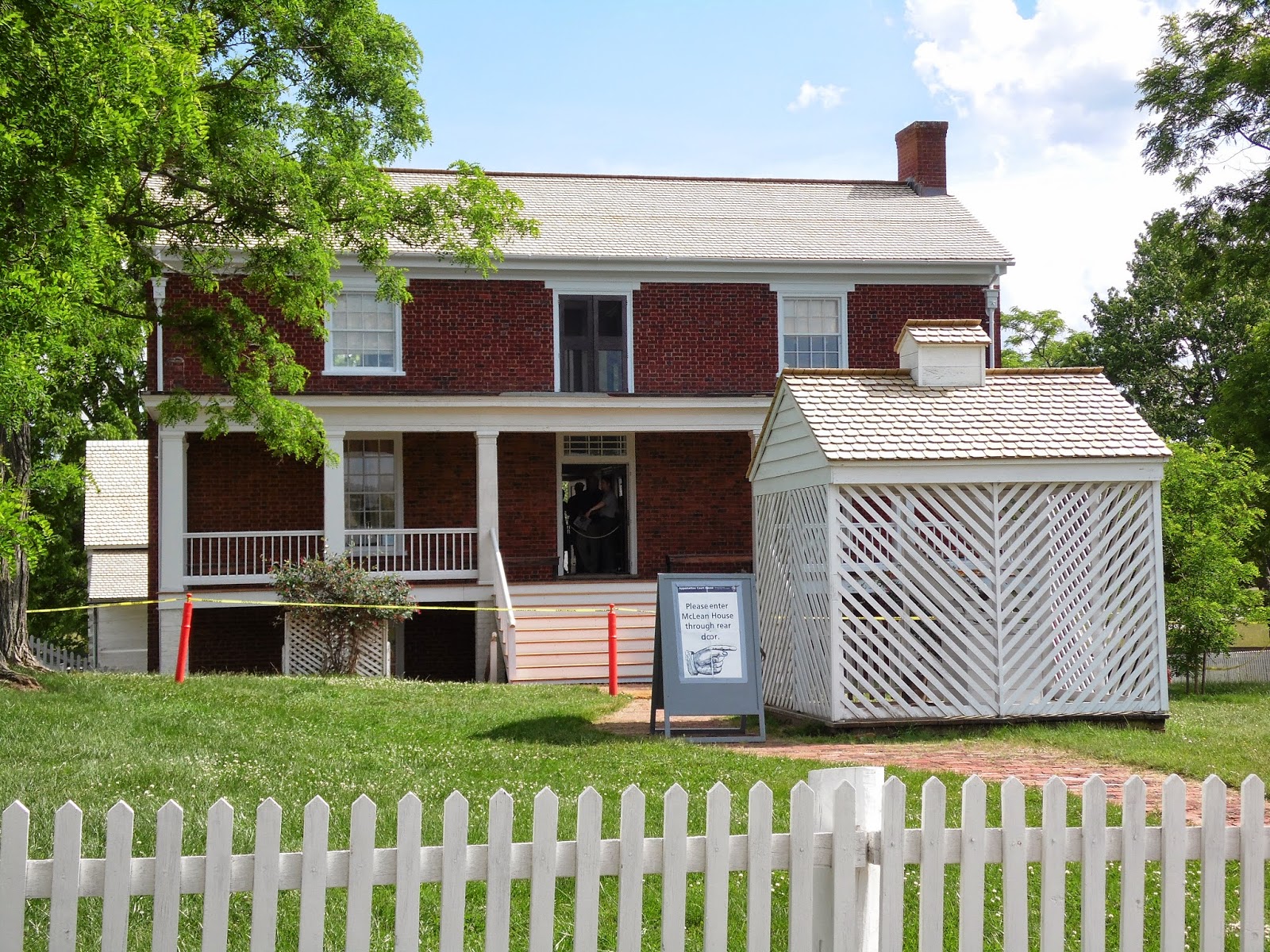 The McLean House at Appomattox

We left the sadness at Appomattox and headed to Lynchburg where we got the graves of Jubal Early, James Dearing, Robert Rodes, and of course Brigadier General Samuel Garland. We then headed home. It was the ultimate Civil Wargasm. Jerry still says he thinks about that trip daily and can't wait for the next one. I tell him I can't promise it will be that good next time. I have asked my wife several times and am asking her again just now. "What are the odds of me finding someone as interested and loves the Confederacy and its soldiers as much as I do in my own home town?" That is how I feel about my best "Civil War buddy" Jerry Smith. I truly hope you enjoyed the trip ole buddy.