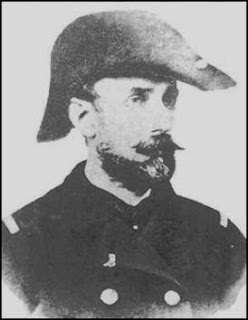 Camille Polignac was born in Millemont, France in 1832 to an English mother and a prominent French father. His father served on the council of Charles X's as president of ministers. Polignac was an excellent student, especially in mathematics. Following college he entered the French army in 1853 and fought in the Crimean War. He resigned from the military in 1859 and began to explore science and travel the world.
Before the Civil War began, Polignac had met P.G.T. Beauregard in New York. He was in Central America when the war began and after writing to Beauregard volunteering his services to the Confederacy was made Beauregard's chief of staff.
Soldiers described him as a fiery little man, erect, with dark eyes and white teeth. He wore a black mustache which he waxed daily. Polignac spoke fluent English and was known for his ability to curse like a sailor. He also enjoyed alcohol which made him a very enjoyable and comic person.
Because of his looks, soldiers often stared and made fun of him, but he took that in stride also. Because most soldiers couldn't quite pronounce his last name correctly, they often referred to him as Polecat.
Polignac saw action with Beauregard at Shiloh and when he was replaced by Braxton Bragg, Polignac became an officer on his staff. He was praised by Bragg for picking up the fallen colors of the 5th Tennessee Infantry at the Battle of Perryville. He was promoted to Brigadier General in January of 1863. He would soon be sent to the Trans-Mississippi where he would command a brigade of Texans under Richard Taylor. 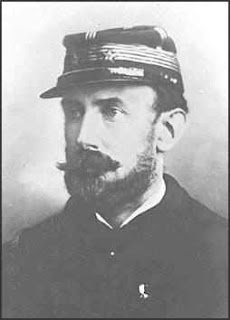 The Texans didn't take the assignment well at first. Besides referring to him as General Polecat, some men said they didn't appreciate being placed under a “damn frog-eating Frenchman.” Taylor promised them he'd transfer Polignac to another assignment if after their first engagement under his command they were still dissatisfied. Soon after a successful raid through Louisiana, the Texans came to respect their fearless leader because of his coolness under fire.
At the Battle of Mansfield, when Mouton was killed leading the division in combat, Polignac took command of the division and continued the attack. He would lead the division into battle the next day at Pleasant Hill. There he was quoted as standing in the stirrups shouting, “My boys, follow your Polignac.”
Polignac then earned a promotion to Major General following the campaign. In early 1865, realizing the South's desperate condition, he volunteered to travel to France where he intended to personally ask Napoleon III for help. Running the blockade, the war would end before he reached France.
After the war, Polignac fought in the Franco-Prussian War where he was again appointed a major general. He would die in 1913 while sitting at his desk working on a math problem that had baffled him for years. He was 81 years old. He rests today at Frankfort-on-Main, Germany. 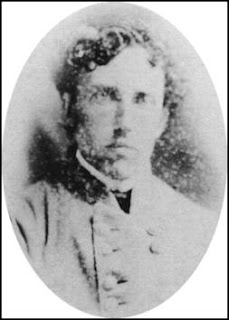