A Walk With Pat Cleburne

This is for my husband who loves Pat Cleburne.  He took me on a journey on the way back from Nashville and as we pulled up in front of St. Johns Church he was reading this part of his book to me.  It was such a special moment because I know Pat is his favorite General and this church has become one of our favorite places.  Now I would like to share this journey with you.   This is an excerpt from Tim's book, Die Like Men.  I hope you enjoy.... 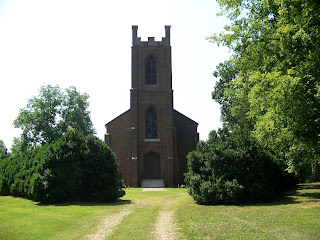 "...They had ridden up in front of Saint John's Episcopal Church.  Leonidas Polk had built it before the war.  They stopped their horses to admire it.  It was beautiful in the mist and fog.  Ivy grew on the walls, and magnolias and cedar trees dotted the churchyard.  A three-foot-high rock wall surrounded the place.  It was almost identical to St. Mary's Church back in County Cork, Ireland.  He wondered what the odds were that he would happen upon a church built identical to the one he'd been baptized in years ago and half a world away.

The rest of Cleburne's staff had ridden up and were staring at the beautiful structure.  Cleburne climbed from the saddle and handed the reins to Mangum.  Mangum said, "That's the most beautiful thing I've seen since we've been in Tennessee." 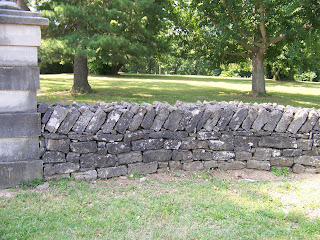 Cleburne walked through the opening in the rock wall and began to slowly make his way beneath the magnolias.  He seemed to be in awe at the place.  His staff watched him moving slowly about the churchyard.  It was as if he was studying the place.  The men of his division were trudging past them moving on north toward Columbia. 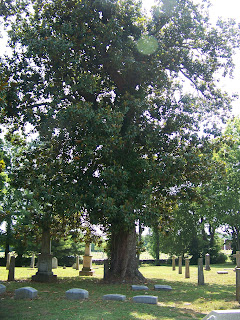 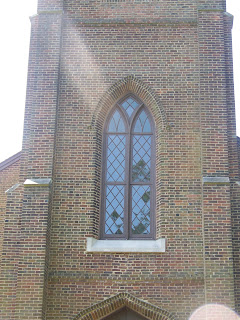 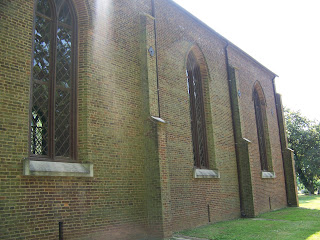 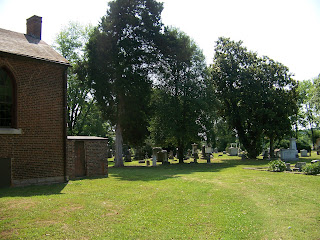 Cleburne eventually made his way to the rear of the church.  There was a small cemetery there.  His staff could see him at times back there moving among the stones.  He seemed to stop and read every marker, pausing in deep thought at each one.  The staff officers began to eye each other warily. They'd all noticed how depressed he'd been lately. 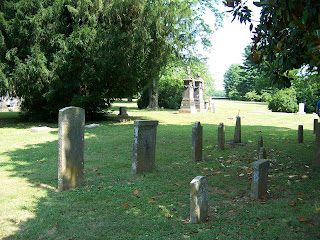 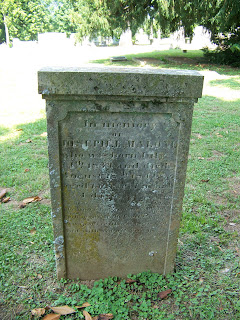 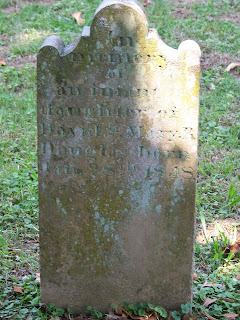 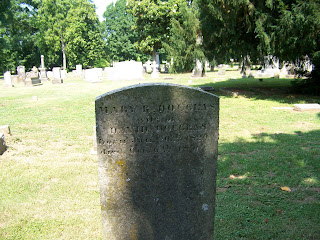 What they didn't know, was that Pat Cleburne wasn't really studying the markers.  He was in deep thought.  He was thinking about Susan again.  He was ready for this war to end so he could get on with life and a family. 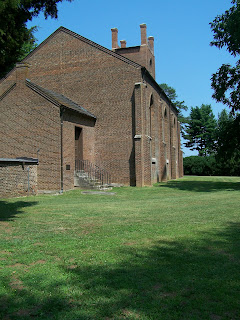 He'd been back there for what seemed a long time to his staff, when he came slowly around the other side of the church.  He had his head down as he moved back toward the gate.  He walked over to his horse and gently patted the muzzle.  "Red Pepper" was his favorite horse.  He took the reins from Mangum and climbed back in the saddle."

Staff member, Captain Charles Hill was on the north side of Cleburne.  As Cleburne turned his horse northward, he looked at Hill and said, "It would almost be worth dying to be buried in such a beautiful place.

He spurred his horse and began moving toward Columbia with his division.  Mangum noticed him turning in the saddle and taking one last look at the beautiful churchyard." 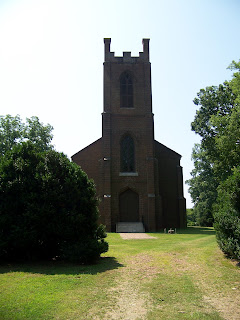 Pat Cleburne must have had a sense of foreboding or a seventh sense because several days later he would be interred into the very ground he had just walked on.  Unfortunately the people of Helena, Arkansas would have him moved, at a later date and interred in this town.  I think he should have been left where he felt like he was closest to the place he grew up. 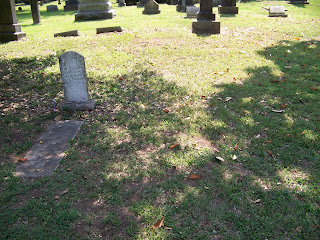 This is the spot where Tim thinks he could have been buried.  We have visited it many times and it still seems like hallowed ground every time I am there.

Tim, I love you so much and I hope you enjoy this as much as I did living and experiencing it.  Thank  you so much for making history come alive for me.  You are a very talented man and I am honored to be your wife.

Above is a photograph of Brigadier General James Deshler that appears in all Civil War books that furnish a picture of the man. It shows heavy signs of being retouched, which means an artist took the photograph and painted over the picture covering up any blemishes and most likely painting on the officer's coat. Ironically, he wears the coat of a Confederate brigadier general which is exactly what his rank was at the time of his death. He was only a brigadier for a couple of months before being killed at the Battle of Chickamauga and probably never had his image taken in that particular uniform. This is actually a quite common occurrence for the time.

In the photo of General John Adams above on the left is an original photo of the man without retouching. The photograph on the right is the same man but the picture has been heavily retouched by an artist. The artist did an excellent job of making Adams eyes clearer, skin extremely smooth and his mustache is about five times as thick. The coat he has painted on the man is obviously not a coat at all. Notice how perfect the collar is, how smooth the coat lies across his chest and shoulders.

A few months ago, a friend of mine, Historian Richard Sheridan provided me with a copy of the above photograph that he obtained from some of Deshler's living relatives. This picture has given me a headache attempting to figure out what it is. In the original, the coat looks real, it doesn't appear to be retouched. The above photo doesn't do the original much justice. The next problem is the fact that he is wearing a coat that would be worn by a major general or above because the buttons are grouped in three's. If you notice his face shows heavy signs of being retouched and most troubling of all, his head seems a little off centered with his neck. The mystery remains about the history of this photograph. Did he borrow a senior officers coat to have his photograph taken? Did an artist paint Deshler's face over another general officers so the family would have a uniformed picture of their lost loved one? There's a very good possibility that we will never know.