Kevin Levin: Another New Englander who believes the north is sinless 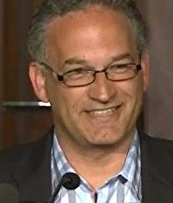 Kevin Levin "The All Knowing"

The "All Knowing" in the above quote is meant to be sarcastic as hell, but I'm sure that will pass over the heads of some readers. Allow me to quote his "advertisement" for lack of a better word on amazon about his book: Remembering the Battle of the Crater: War as Murder.
Here is that quote "The battle of the Crater is known as one of the Civil War's bloodiest struggles―a Union loss with combined casualties of 5,000, many of whom were members of the United States Colored Troops (USCT) under Union Brigadier General Edward Ferrero. The battle was a violent clash of forces as Confederate soldiers fought for the first time against African American soldiers (that quote is a bald faced lie, see Battery Wagner, Fort Pillow, and Brice's Crossroads). After the Union lost the battle, these black soldiers were captured and subject both to extensive abuse and the threat of being returned to slavery in the South. Yet, despite their heroism and sacrifice, these men are often overlooked in public memory of the war."