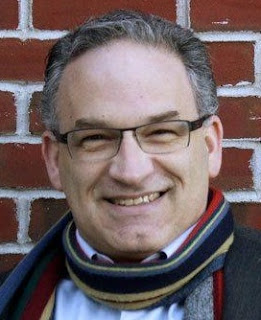 Kevin Levin (A "historian" in denial)

I've written a couple of blogs about Mr. Levin (the expert on the American Civil War) if you count re-writing history as being an expertise these days. My publisher has insisted that I become more active on social media and my wife has forced me to learn new things. One new thing she has introduced me to is something called twitter. My wife went and subscribed me to everyone that tweets on the Civil War and other history. That's how I came to hear the garbage that Mr. Levin is posting on social media.
He has written a book about the myth of the black Confederate soldier and I'm sure it's as accurate as the garbage he put out in his book on the Battle of the Crater. Mr. Levin doesn't allow the truth to get in the way of his version of history. I recently received a tweet from Mr. Levin with a picture of a black Confederate soldier sitting next to a young white lady at a Confederate reunion. Mr. Levin immediately tells his followers that "this individual showed up at a Confederate reunion in Tampa, Florida." Well, Mr. "Lying" Levin, you are wrong again. This individual happened to show up at a Confederate reunion in Memphis, Tennessee. He had his photograph taken with the granddaughter of the colonel of the regiment which happens to be the 5th Alabama Cavalry. This man is Reuben Patterson of Florence, Alabama. 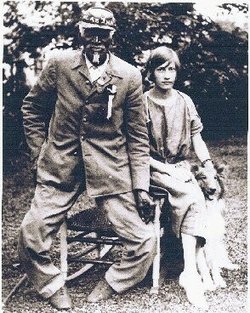 As he was known in North Alabama "Uncle" Reuben Patterson

This is probably over Kevin Levin's head, but in the South, if one is respected he is called "Uncle." This is what "Uncle" Reuben was called following the war. Once the war ended, Reuben ran a bootblack stand. His chairs, boot polish, and boot stands were purchased for him by the Daughters of the Confederacy. Uncle Reuben loved to tell tales of his war service. He often foraged for the colonel, and the colonel actually stated that he never worried about having a horse or food as long as Reuben was well. He also served as bugler of the regiment or as Reuben called it "the horn blower."
Uncle Reuben didn't just attend his regimental reunion, but was known to attend state and national reunions. His wife once stated that Reuben was the most unreconstructed Rebel around. Fortunately, Uncle Reuben's bugle, hat, and bootblack stand are preserved in Pope's Tavern Museum in Florence, Alabama. Also preserved in the museum is a photograph of a Confederate reunion held in Florence with several black Confederate's posing beside the white Confederate veterans.
About a mile from Pope's Tavern is the Florence City Cemetery where Uncle Reuben rests today. As per his request, he is buried beneath a marker designated for only Confederate soldiers. Beside him rests another black Confederate and the Sons of Confederate Veterans camp in Florence keeps a Confederate battle flag on these graves in their honor. 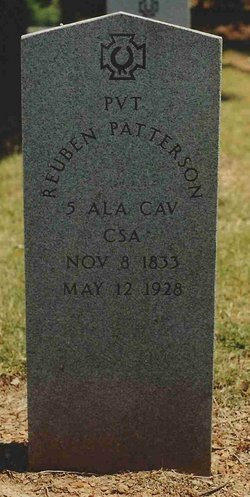 Now I've had numerous discussions with these New England "historians" about there being black Confederate soldiers. They always bring the subject around to these men are not listed on a muster role of the regiment so therefore they are not soldiers. If you go into battle (in cavalry regiments the bugler had to go into battle to sound the various orders to the troopers), do you think a bullet cares if you have your name on a piece of paper? The next thing they tell me is that these men were body servants and cooks. Well, I used to work with a guy that served in Vietnam a year as a cook. Although the United States Army calls him a veteran, by the New England "historians" perspective, he wasn't even a soldier. I mean you can't have it both ways.
Another question I would like answered is this: If these men weren't soldiers, why were they given Confederate pensions? In order for a white Confederate to receive a pension, he had to prove he served faithfully, and never deserted. Do you think the states in the financial shape they were in following the war would give these men money without proof of service?
There is the story of captured Federal prisoners at Murfreesboro being whacked over the head with a saber by a black man named Jake. These men were terrified to be captured thinking the Confederate soldiers might kill them. Jake advancing with the 8th Arkansas Infantry whacked these prisoners on the head and shouted, "You ought to get home, then!" I'm sure Jake wasn't a soldier, he probably just picked up a saber to beat his liberators over the head with (makes New England sense I guess).
Allow me to tell you another story of a black servant that also lived in Florence, Alabama when the war began. When William "Billy" Patton entered Confederate service, his best friend as a boy was a servant the same age and owned by Billy's father. This servant was named Sam. Sam promised Billy's mother that he would go to war with Billy and if anything should happen to his best friend he would bring the body home. William A. Patton was elected a lieutenant in Company C, 16th Alabama Infantry. At the Battle of Shiloh, the regiment was part of General Wood's Brigade. Wood was also from Florence, Alabama. Advancing past Shiloh Church the unit overran Waterhouse's artillery battery near Water Oaks Pond. During this assault, Lieutenant Billy Patton was killed. Sam brought the body back to the church and remained with it during the night. The next morning Sam found a mule and began the long road back to Corinth where he could place Billy's body on a train back to Alabama.
During the day, the Confederate army began its retreat to Corinth and coming upon Sam and his best friend's body, they confiscated his mule because they needed all they could get to pull off the wagons, captured artillery, etc. Sam would not let that stop him from keeping his promise, but placed William's body over his shoulder and continued to Corinth. He delivered the body to his home which is called the "Sweetwater Mansion." Thanks to Sam, Billy's funeral was held in the parlor of the home. The house still stands there today. 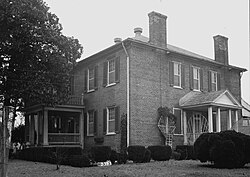 Now New England "historians" have a hard time understanding the South. Most know very little about how life was here, yet they can sit and proclaim how evil the South was and how holy the north was without daring to research their subject. They rely on presentism. Using modern standards to judge history. This is extremely unfair. One more question they can never seem to answer for me is this: If slavery were so bad and harsh, why didn't the slaves rise up in rebellion when Lincoln issued his emancipation proclamation? With all the white men gone to war, this would have helped the Union win the war, yet it never happened. This was one of Lincoln's hopes when he issued his proclamation. He was losing a war that was quickly becoming unpopular in the north. People were growing tired of the long casualty lists. Newspaper reporters were jailed for speaking the truth. Members of state legislatures (Maryland) were arrested in the dead of night. The largest mass execution of 38 Native Americans by the U.S. Government in 1862. Yet the New England "historian" ignores all the things that portray his side of the fight as evil. Thus Kevin Levin.