The General Who Died Near My House: William Wirt Allen 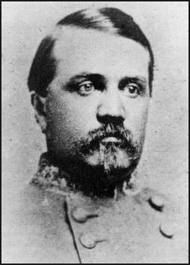 Recently, I had the opportunity to meet the great grandson of Confederate Major General William Wirt Allen. Sheffield City Historian Richard Sheridan sent me an email inviting me to meet him at the Sheffield City Library to meet a Confederate general's grandson Bill Allen. I arrived to find a distinguished gentleman with an old southern accent. My accent is unfortunately North Alabama Redneck.
I asked Bill if he knew where the General had died and he said he knew the exact location. I was surprised because I had no idea. It turns out that General Allen was living in a home that overlooked the Tennessee River beside where the present day Sheffield Water Tower is located. General Allen was walking across his bedroom on the second floor and dropped dead of a heart attack. He'd been suffering from heart trouble for some time. He was relatively young at the time at the age of 59 or what I consider young as I approach my 44th birthday. The most amazing thing to me was how close this was to my house. It is exactly two short blocks away, not over 200 yards. Unfortunately, the home was torn down sometime after the turn of the century. There is nothing there today that would make someone think a house had ever stood on the spot. 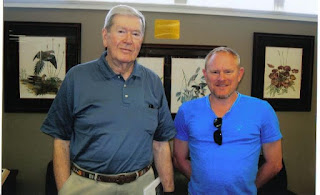 Me with Bill Allen in the Sheffield City Library

I know I appear very short in the picture next to Mr. Allen, but I'm actually five foot eight inches. I was surprised to find the general's grandson at six feet four or more. Mr. Richard explained to Bill that I write Civil War books and I approached him with the idea of me writing a book on his grandfather. I don't know of any book that's ever been written on him. Mr. Allen said he would talk to his son and get back with me. He said his son actually knows more of General Allen's personal stories than he does. I hope he or his son gives me a call someday. 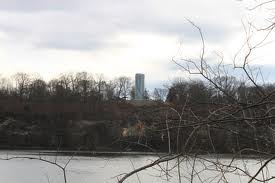 General Allen's house stood to the right of the water tower

I told Bill that I had visited the grave of General Allen and had my photograph taken there. Bill was surprised because he said he had attempted to locate the cemetery where he was originally buried and couldn't find it. I said, "I thought he rests in Elmwood Cemetery in Birmingham, Alabama. Bill said, "He is, but I thought you were talking about the cemetery where he was originally buried in Florence, Alabama." I was surprised because I thought General Allen was originally buried in Sheffield's Oakwood Cemetery. Bill said that was an error and he wasn't sure why they carried him to Florence. He said they buried him in a small family cemetery there that he has yet to locate.
Bill said the general was really just coming into his own when the war ended. He missed almost two years of the war because of wounds and disease. General Allen had suffered from dysentery during the early months of the war and was slightly wounded at Perryville. At the Battle of Murfreesboro he was shot in the right hand and following surgery he only retained the use of his thumb, ring finger and little finger. The result of this wound was his being out of action for over a year. He was slightly wounded again at Waynesboro, Georgia. 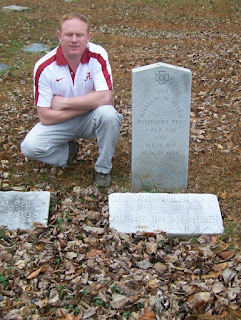 Me at the grave of General William W. Allen