Lady Spies of the Confederacy Part 3 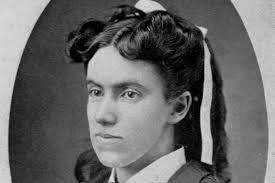 Virginia Bethel "Ginnie" Moon and Charlotte Diggs "Lottie" Moon were a duo of sisters that spied for the Confederacy. Both were born in Virginia, but moved to Ohio as youngsters. Lottie is more famously known for leaving Federal General Ambrose Burnside at the alter on their marriage day. Both were the daughters of a doctor. Lottie eventually married a Judge Clark who happened to be a Confederate sympathizer. She delivered messages to Virginia by saying she was a British citizen and needed to go to Virginia for her health.
While Lottie was busy delivering dispatches to Confederate authorities, Ginnie had moved to Memphis to be with her mother following Doctor Moon's death. There she and her mother began making trips to Ohio to gather information for the Confederacy also. The Moon sisters were eventually arrested by none other than General Ambrose Burnside. Lottie tried to convince him to release them, but he would have none of it. They were placed in a sort of house arrest until the war ended and were then released. 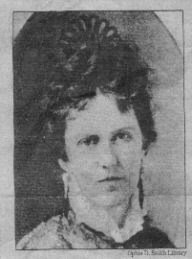 Ginnie returned to Memphis with her mother. She traveled to Hollywood, California where she played in two movies in the 1920's and died at the age of 81 in 1925. She rests in Elmwood Cemetery, Memphis, Tennessee and although I have been there numerous times I did not know at the time she was there or I would have made a special trip to visit her grave. Lottie died in New York in 1912 at the age of 72. 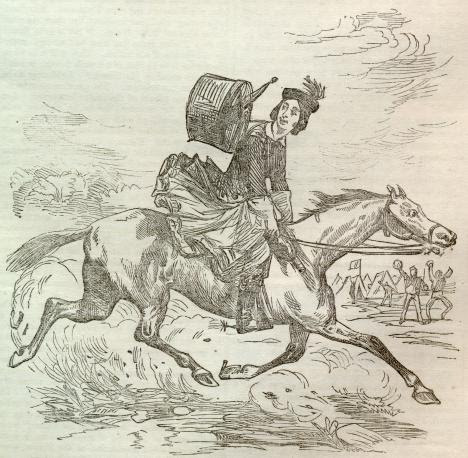 Another female spy for the Confederacy was Elizabeth Carraway Howland who was not near as famous. She lived in New Bern, North Carolina and her father was a doctor. She served as a nurse to wounded and captured Confederate soldiers there. She often smuggled in medicine and food to these poor men. She also drew a sketch of the Federal fortifications there and had the drawing delivered to the Confederates by placing it in a hollowed out ham bone. She sent her son and daughter to the Federal officer in charge to pass the ham through to the Confederates and this way succeeded in getting out the map.

Another amazing Confederate spy is Eugenia Levy Phillips. Born in South Carolina, she married a Mobile, Alabama attorney named Phillip Phillips and moved there. When the war began Mr. Phillips was a member of the Alabama legislature and being a staunch Unionist moved to Washington, D.C. Eugenia was a staunch Secessionist. She soon became friends with Rose O'Neal Greenhow (the famous spy in part 1) and was soon arrested for spying. Her husband knew Secretary of War Edwin Stanton and soon had her released but they were forced to leave the North. They settled eventually in New Orleans, Louisiana where she was again arrest by Federal General Benjamin "Beast" Butler because she laughed during a Union soldiers funeral. She claimed she'd laughed because something funny had occurred. They soon moved back to Georgia where she remained until her death in 1902. 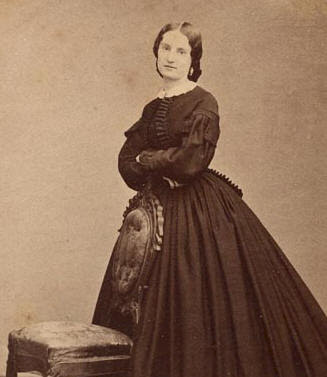 Emeline Pigott was a more organized Confederate spy. Her boyfriend was a soldier named Stokes McRae who served in the 26th North Carolina Infantry. He was mortally wounded at Gettysburg. She had followed the regiment during the first part of the war attempting to be of some service. Following his death, Emeline returned home to Morehead City, North Carolina where she employed fishermen to help her spy on Federal movements. She was arrested in 1864 and an attempt was made on her life while held in jail. Someone used chloroform to attempt to kill her and she was forced to break a window for fresh air. Although, she was scheduled for trial numerous times, she was eventually released. Federal soldier's would entertain themselves by firing at her house. Emeline would survive the war and died in 1919 at the age of 82. She was a member of the United Daughters of the Confederacy.
I thought 3 parts would cover them all, but it appears there will be a part 4 soon.